How a Neighbors’ Feud in Paradise Launched an International Rape Case 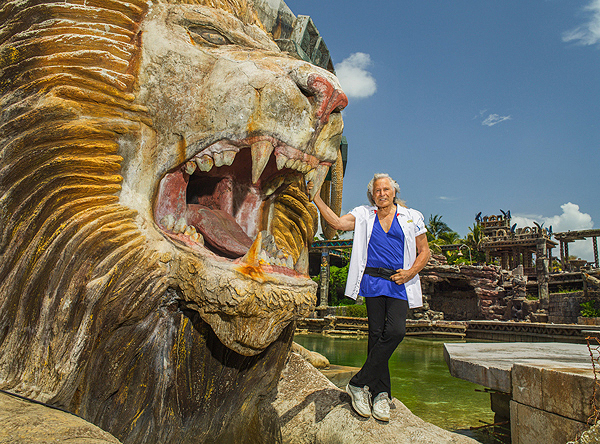 The fashion executive Peter Nygard has clashed for years with his neighbor in the Bahamas, the billionaire Louis Bacon. The latest development is a lawsuit saying Mr. Nygard sexually exploited teenage girls.

The Bahamian pleasure palace featured a faux Mayan temple, sculptures of smoke-breathing snakes and a disco with a stripper pole. The owner, Peter Nygard, a Canadian fashion executive, showed off his estate on TV shows like “Lifestyles of the Rich and Famous” and threw loud beachfront parties, reveling in the company of teenage girls and young women.

Next door, Louis Bacon, an American hedge fund billionaire, presided over an airy retreat with a lawn for croquet. Mr. Bacon preferred hunting alone with a bow and arrow to attending wild parties, and if mentioned at all in the press, was typically described as buttoned-up.

The neighbors had little in common except for extreme wealth and a driveway. But when Mr. Nygard wasn’t allowed to rebuild after a fire, he blamed Mr. Bacon. Since then, the two have been embroiled in an epic battle, spending tens of millions of dollars and filing at least 25 lawsuits in five jurisdictions. Mr. Nygard, 78, has spread stories accusing Mr. Bacon of being an insider trader, murderer and member of the Ku Klux Klan. Mr. Bacon, 63, has accused Mr. Nygard of plotting to kill him.  Read more >>
Posted by Anthony Derek Catalano at 6:19 AM