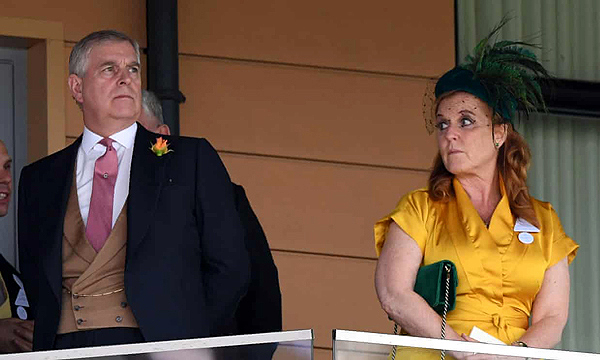 A millionaire fashion executive accused of raping 10 women and girls at his Bahamas mansion reportedly hosted Prince Andrew and his family at the property in 2000.

A class action lawsuit lodged in New York City claims that Peter Nygard lured “young, impressionable, and often impoverished children and women” to his Bahamas property with cash payments and promises of modeling opportunities, only to then “assault, rape, and sodomize them”.

Nygard, 78, has hosted celebrities and politicians at the property, near the Bahamian capital of Nassau. Photos credited to Nygard’s website appear to show such visitors included Prince Andrew, accompanied by his ex-wife Sarah Ferguson and their two daughters, 20 years ago.

One photo shows Nygard talking with a shorts-wearing Andrew as the two stroll together. In another picture Nygard is posing with Sarah and her daughters, Princesses Eugenie and Beatrice.  Read more >>
Posted by Anthony Derek Catalano at 5:56 AM