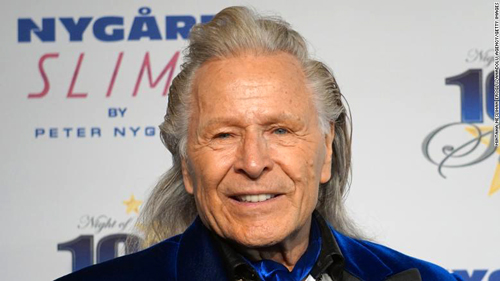 (CNN)Global fashion mogul Peter Nygard has been accused of sexually assaulting 10 unnamed women and girls, some under the age of 18 at the time of the alleged incidents, according to new federal lawsuit.

The complaint, filed last week in the US District Court for the Southern District of New York, accuses the businessman of using his ties to the fashion industry to entice the young women with drugs, money and the lure of a successful modeling career.

The lawsuit also accuses Nygard of sex trafficking at Lyford Cay, a 150,000-square-foot compound he built in the 1980s in the Bahamas. The suit alleges Nygard sexually assaulted most of the women when he lured them to the Cay for "pamper parties" that were attended by prominent political figures and law enforcement.

Former Bahamian Prime Minister Perry Christie, Bahamian Parliament member Shane Gibson and Deputy Prime Minister Phillip "Brave" Davis were among the political figures listed in the complaint to have a close relationship with the mogul and to have allegedly accepted money from him in exchange for political favors and influence. They were not listed as defendants in the lawsuit.

CNN has reached out to Christie, Gibson and Davis for comment.

The lawsuit also alleges Nygard bribed local law enforcement, at the time, to help him conceal his sexual crimes. CNN has reached out to the Bahamian parliament for comments regarding these allegations.  Read more >>
Posted by Anthony Derek Catalano at 5:38 AM