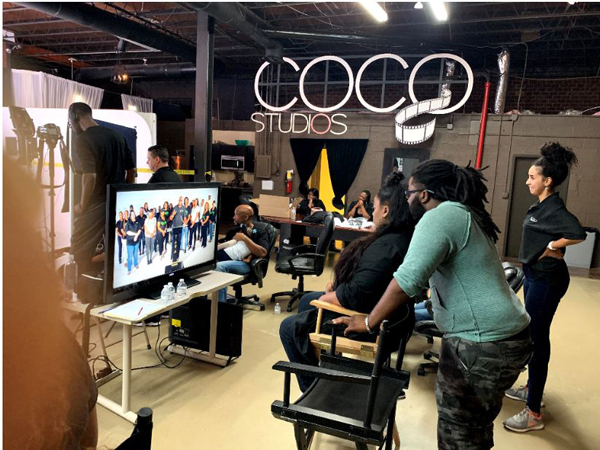 Lanthro Munroe at Coco Studios overseeing a project with Coco Springer, one of Atlanta’s first studios owned by a black woman.

Atlanta, Georgia… After successful tenures with ‘Dish Nation’ and collaborations with Coco Studios, the first major film studios owned by a black woman in the Atlanta area, Lanthro Munroe is now settling into his new position in the editorial department at Tyler Perry Studios.

It’s a dream come true for Munroe to see his name among the credits in Tyler Perry’s shows currently airing on BET such as ‘Sistas’ as well as ‘The Oval’ and it’s anticipated spin-off ‘Ruthless’. He also worked on Season 3 of BET’s ‘From the Bottom Up’ and Seasons 7 and 8 of Fox’s ‘Dish Nation’.

“It’s a combination of being in the right place at the right time but also having the willingness to listen, learn and develop your skills further, especially in a growing industry,” said Munroe. “I would also say that it has to do with consistently being prepared and practicing and being humble enough to take every opportunity as a lesson.”

Munroe grew up in Nassau, The Bahamas and actually had his sights set on a professional soccer career in his teens. However, he switched gears later and began to explore alternatives in creative arts.

“Growing up and even now, a lot of creatives felt stifled where I came from especially in the film industry,” said Munroe. “I was very fortunate to have found opportunities to pursue it with production companies.” 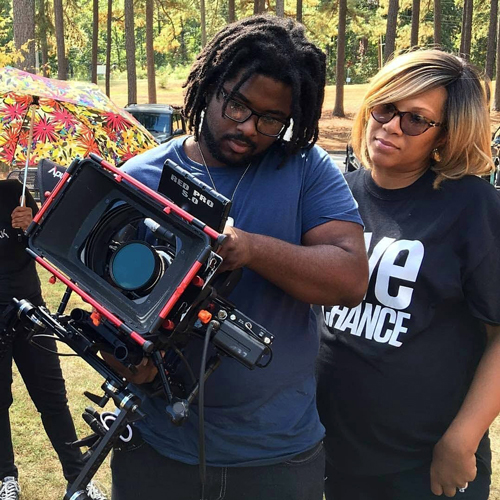 Lanthro Munroe working on a project in Atlanta with tv/film producer Ty Johnston-Chavis.

As time went on, Munroe tried acting, operating cameras, writing and more before figuring out his niche. Munroe who has proven himself as a writer/producer/director has been a part of several major projects in Atlanta and Los Angeles.

In spite of his international strides, he admits he would love to see the Caribbean region follow Asian and African creatives who are not waiting for Hollywood to open doors for them. “We have amazing talent,” he says of those in his home region.

“On all levels. I want to be in a strategic position to help cultivate that talent and I know that in the very near future, the same way they are seeking content in African and Asian countries for major platforms, they are going to be seeking talent from The Bahamas and Caribbean also. It’s only a matter of time.”
Posted by Anthony Derek Catalano at 4:55 AM