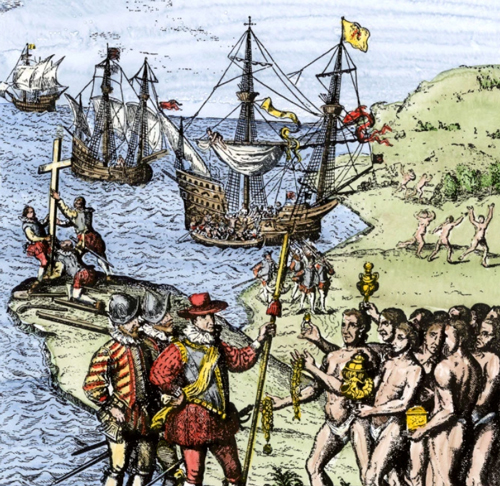 Artwork depicting Christopher Columbus' arrival in the Caribbean. The legendary explorer claimed to have come across 'marauding cannibals' during his visit in the 15th Century. (credit: Alamy)

CHRISTOPHER Columbus may have encountered hoards of savage cannibals when he arrived in the Caribbean.

The legendary explorer claimed that South American "cannibal marauders" were running riot on the islands during his 1492 visit, and now scientists have backed up his tale.

They revealed that an indigenous South American group known as the "Caribs" invaded the islands in 800AD – hundreds of years earlier than previous estimates.

Columbus said that war-mongering Carib raiders "practiced abduction of women and cannibalism of men" on the peaceful Arawaks, who also lived there.  Read more >>
Posted by Anthony Derek Catalano at 5:04 AM