Lloyd: The Bahamas should have discussions about moving to a republic 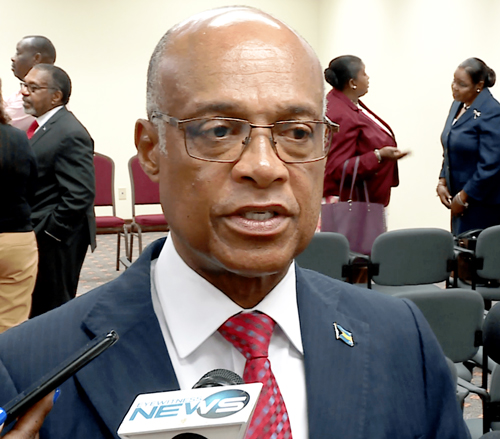 NASSAU, BAHAMAS – Minister of Education Jeffrey Lloyd said yesterday that he believes Bahamians should have an opportunity to discuss becoming a republic.

Lloyd made the comment when asked his views on the controversial social debate surrounding removing the queen as The Bahamas’ head of state and move towards becoming a republic.

In July last year, Minister of Transport and Local Government Renward Wells told The Nassau Guardian that he was among the minority who believe The Bahamas should remove “all of those trappings”.

Speaking to reporters outside Cabinet, Lloyd said “That’s something that has been discussed over and repeatedly, questions about  whether The Bahamas should become a republic and I think that that is something the Bahamian people should have an opportunity to discuss”.  Read more >>
Posted by Derek Catalano at 5:00 AM