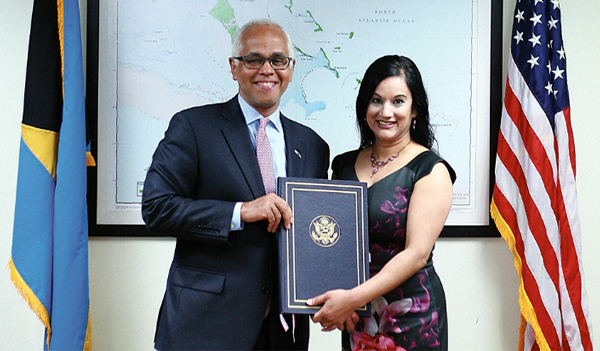 After four years of negotiations, The Bahamas signed an air service agreement (ASA) with the United States yesterday, setting a shared regulatory regime governing how foreign air carriers provide services to the country.

The signing of this most recent agreement means that The Bahamas has now successfully concluded 23 ASAs.

“These agreements pave the way for future economic growth and increased airlift between the respective countries. Additionally, these air service agreements provide financial incentives and internationally agreed rules and regulations, which govern how a foreign carrier from a specific country can provide service to The Bahamas, either directly or via a code share arrangement,” Minister of Tourism and Aviation Dionisio D’Aguilar said at the official signing ceremony for the agreement yesterday at the British Colonial Hilton hotel.  Read more >>
Posted by Derek Catalano at 5:43 AM