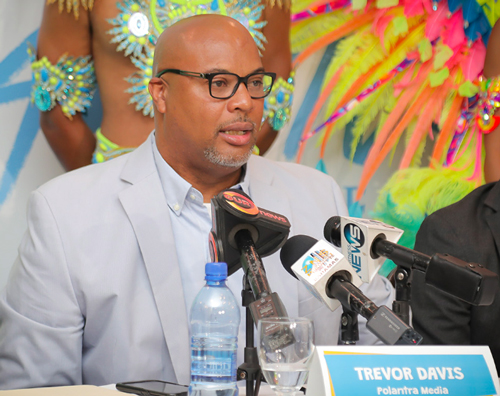 NASSAU, BAHAMAS – The 2020 Bahamas Carnival Experience, which is set to take place on May 1 – 3, will reintroduce the songwriting and music masters competition for Bahamian artists.

Organizers of the weekend long festival – Polantra Media Group and the Bahamas Carnival Band Owners Association (BCBOA) made the announcement during a press conference at the Thomas A. Robinson Stadium yesterday.

“We’re giving it a festival feel. We want as soon as people walk into the stadium, they feel it.

“We’re going to have music playing all day, whether it be from the bands or the artists of the stage.

“In addition, those playing mas will have an actual stage to cross for the first time at Bahamas Carnival.

“This is where the judging will happen and where revelers will be able to give their all just as they would do in any other carnival.

The concert series will be hosted at the stadium. However, organizers were unable to indicate which artists will be performing and headlining the show.  Read more >>
Posted by Anthony Derek Catalano at 5:55 AM