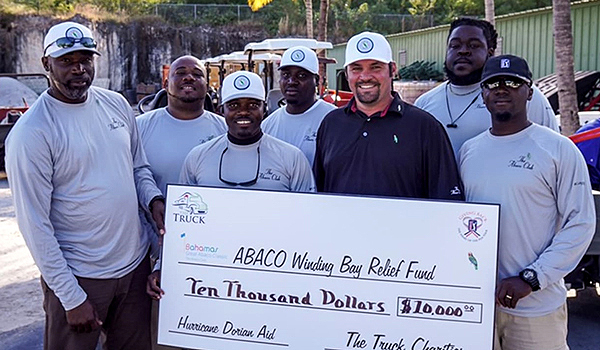 On the morning of Sunday, September 1, 2019, Hurricane Dorian made landfall on the island of Great Abaco in the northern Bahamas with sustained winds of 185 miles per hour. The Category 5 hurricane remained over the island for approximately 24 hours. The effects of the storm and flooding were devastating as many Bahamians lost their lives, thousands were displaced and the town of Marsh Harbour was leveled.

The devastation hit especially close to home on the Korn Ferry Tour, as the island has served as the backdrop to The Bahamas Great Abaco Classic at The Abaco Club since 2017. Over the years, players, caddies and staffers have met many Abaco natives and grown to love the annual stop. Marsh Harbour is the closest town to The Abaco Club at Winding Bay and traditionally hosted many of those involved with the tournament.  Read more >>
Posted by Anthony Derek Catalano at 5:27 AM