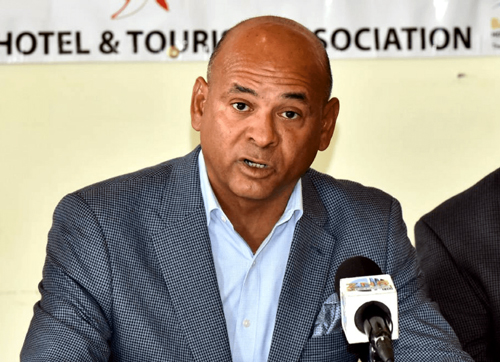 Speaking with Eyewitness News, Russell said: “We have seen some significant occupancies in the coming week, particularly with Christmas and new year’s. Thanksgiving was pretty decent.

“That was the first opportunity to really showcase the Bahamas after Dorian. We did have some challenges however with BPL and power outages and some union issues we had to deal with. Both of those are going well now. Hopefully the Christmas and New Year’s will go quite well.”

Russell noted business is on the uptick with increased airlift from several US destinations coming on stream.

“From an airlift standpoint it’s really increasing significantly,” he said.
Posted by Anthony Derek Catalano at 6:27 AM