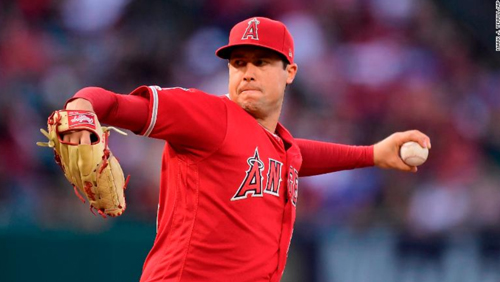 (CNN)Major League Baseball will begin testing players for opioids and remove marijuana from its list of "drugs of abuse," as part of its updated drug program, the league and the players union said Thursday in a news release.

Going forward, players will be tested for opioids, fentanyl, cocaine and synthetic THC, along with the other substances listed under "drugs of abuse," which includes banned substances and drugs classified as Schedule I or Schedule II under federal law.

Those who test positive will be referred to a treatment board of medical professionals who will prescribe a treatment plan, the league and the MLB Players Association said. Players who refuse an evaluation or don't cooperate with the prescribed treatment will be subject to discipline.

Natural cannabinoids like THC, CBD and marijuana will be removed from the list of "drugs of abuse," under the new program, the MLB and the players' association said.  Read more >>
Posted by Anthony Derek Catalano at 6:21 AM