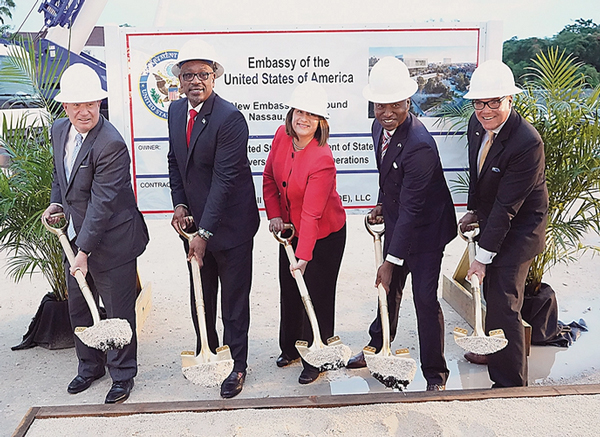 The United States Embassy in Nassau broke ground to begin construction on its new $318 million building, which is expected to be completed in early 2023.

The five-acre site for the new building is located at the junction of East Street and Shirley Street.

Prime Minister Dr. Hubert Minnis said at peak construction, 160 Bahamians will be employed on the site.

Minnis hailed the new embassy as part of the wider redevelopment of downtown Nassau.  Read more >>
Posted by Anthony Derek Catalano at 6:48 AM