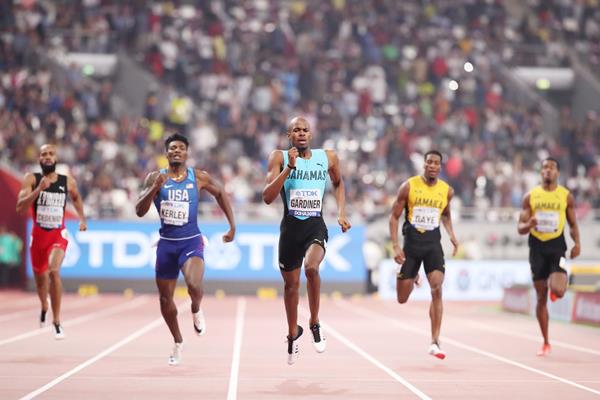 A little over a month after Hurricane Dorian wreaked devastation in his homeland of The Bahamas, Steven Gardiner lifted the spirits of his compatriots to climb sixth on the all-lists with a rip-roaring victory.

The Bahamian, whose last one-lap defeat when completing a 400m race came when winning world silver at the 2017 World Championships, bided his time before unleashing a devastating burst of speed over the last 150 metres to blow away his rivals and set a national record 43.48.

Behind, Pan American champion Anthony Jose Zambrano lowered his personal best of 44.55 set in the heats to record a South American record of 44.15 for silver.

But this was Gardiner’s day as the Bahamian – a training partner of women’s 400m silver medallist Shaunae Miller-Uibo - stormed to gold.  Read more >>

Posted by Derek Catalano at 3:50 PM