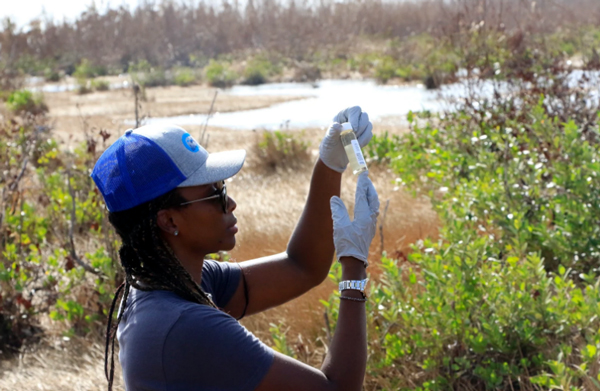 Nearly 5 million gallons of oil spilled from a Bahamas facility in the wake of Hurricane Dorian. And now advocates have found evidence that the oil from the facility has made its way into nearby wetlands, pine forests, and mangroves.

The Category 5 storm hit Grand Bahama and Abacos Islands last month, home to an Equinor oil facility. The company is still cleaning up the mess left behind at its South Riding Point facility in High Rock, which hugs the southern coast of Grand Bahama. Unfortunately, Equinor’s 250-people crew hasn’t been able to work quickly enough to keep oil from seeping into the environment.  Read more >>
Posted by Anthony Derek Catalano at 5:36 AM