After Dorian's Wrath: Little Miracles Amid A Painful Recovery 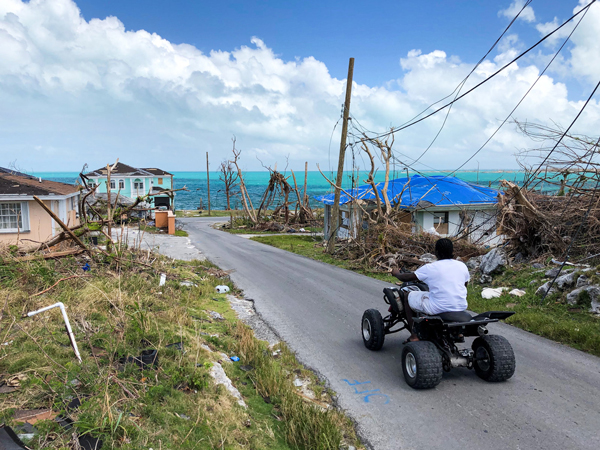 Just over a month after Hurricane Dorian slammed into the northern Bahamas, parts of the island nation are still in ruins, thousands of people remain displaced and rebuilding has only just begun.

"We are moving as quickly as we can to get up and running," says Michael Jones. "But when that will be is anyone's guess."

Jones is standing in front of the business he's run in Marsh Harbour for the last eight years. It's the largest town on Great Abaco Island and before the storm was the commercial hub — the only place with grocery stores, building supply stores, pharmacies and banks.

Before Dorian struck, Jones operated a combination laundromat, tire repair shop, gas station and convenience store. Five weeks after the storm, there's still no roof on the simple, single-story convenience store. The storm surge flooded his shop. He's still cleaning out the debris and rotted drywall. The cold drink coolers have been wiped down but sit empty. The washers and dryers are drying in the sun. Plywood covers most of the windows of his store.

But he's open for business again.  Read more >>
Posted by Anthony Derek Catalano at 6:30 AM