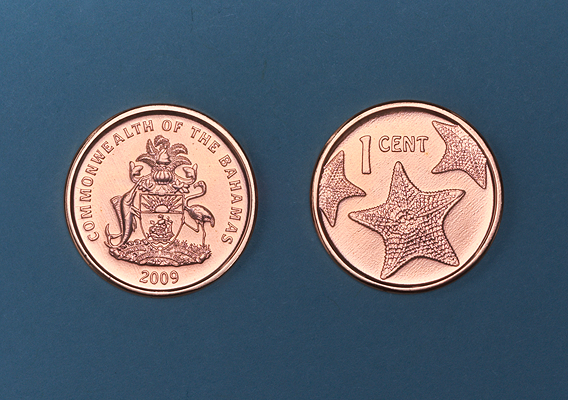 The Central Bank yesterday said its plan to end the Bahamian one-cent coin's use as legal tender by end-2020 will save itself and the banking system $7m over a ten-year period.

The regulator, unveiling its rationale for ending the coin's 54-year history as a means of payment, said it had lost 90 percent of its purchasing power and was "increasingly rarely used" in commercial transactions by the Bahamian public.

With a survey showing that just 52 percent of persons use the one-cent coin to pay for goods and services, and the use of electronic payment methods such as debit cards and wire transfers becoming increasingly popular, the Central Bank argued the costs of maintaining it as legal tender outweigh the benefits.  Read more >>
Posted by Anthony Derek Catalano at 7:03 AM