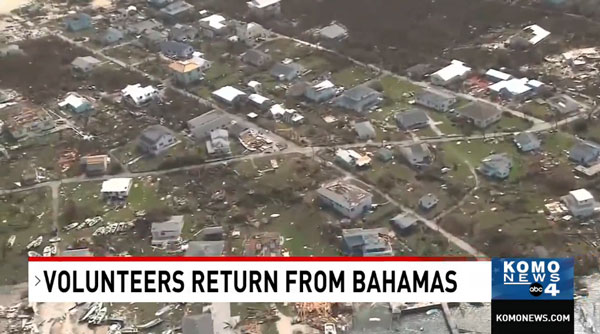 SEATAC, Wash. -- Empact Northwest volunteers are back home from the Bahamas Tuesday and say they saw destruction like they’d never seen before.

Seventeen specially trained first responders were sent to one of the hardest hit islands to conduct search and rescue missions.

They’re called the Pathfinders and they said this mission was unlike any other because they usually have some sort of government entity to work with but this time, the locals were so overwhelmed, they had to take on the mission by themselves.  Read more >>
Posted by Anthony Derek Catalano at 10:26 AM