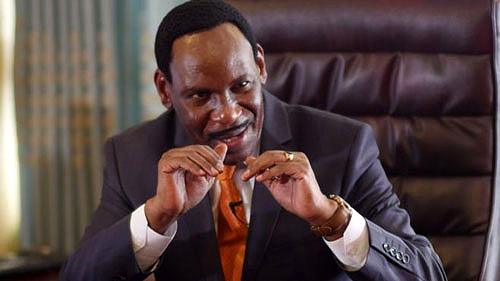 Kenya's "moral policeman" Ezekiel Mutua is at the centre of a new storm after banning two popular songs, but the ex-journalist relishes his role, writes the BBC's Ashley Lime from Nairobi.

When I met Mr Mutua the first things I noticed were his pencil-thin moustache and friendly smile.

The chief executive of the Kenya Film Classification Board (KFCB) warmly welcomed me into his office, but his charm belies his reputation as a stern "moral policeman" who censors films, songs, and television adverts which feature sexualised content and same-sex relationships.

A song with references to oral sex, adverts for a "sex party" and a film featuring a lesbian couple have all felt the force of Mr Mutua's action.

But the former journalist, who is a devout Christian, objects to being called a censor.  Read more >>
Posted by Anthony Derek Catalano at 7:17 AM