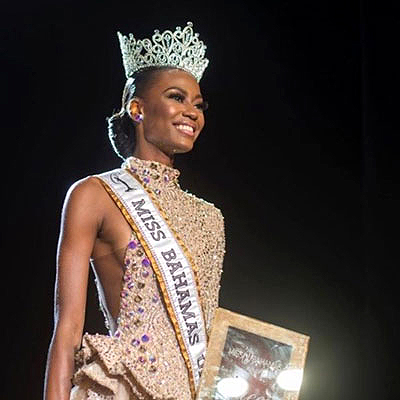 As a judge, this was one of the hardest decisions I ever had to make. There were 11 women in the pageant. Many were not conventional beauties by pageant standards. Some bore tattoos, many were petite, others curvy, but they showed me and the other judges just why they deserved an opportunity to represent The Bahamas on the world stage. All of the women were highly intelligent.

I was also happy to see Bahamian girls of Haitian descent try to win the crown. Many of them talked about the hurdles they had to overcome, particularly the xenophobia and cruel remarks they had to endure as a result of their ancestry. It was quite eye opening.

As this was my first time judging a beauty pageant. I really didn’t know what to expect, but I do admit I had a lot of preconceived notions about the process.  Read more >>
Posted by Derek Catalano at 7:44 AM