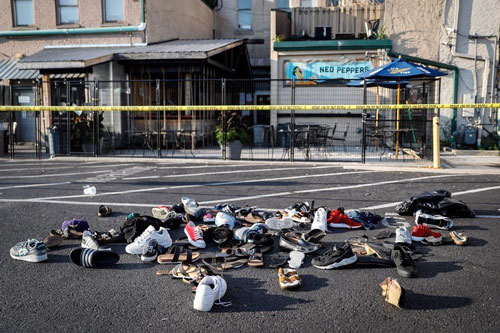 Following two mass shootings in the United States in less than 24-hours that saw 22 people murdered in one incident and nine killed in the other, Minister of Foreign Affairs Darren Henfield yesterday strongly condemned the violent acts and warned Bahamians travelling to the United States and other countries to be on alert for terror related threats.  Read more >>
Posted by Anthony Derek Catalano at 8:15 AM