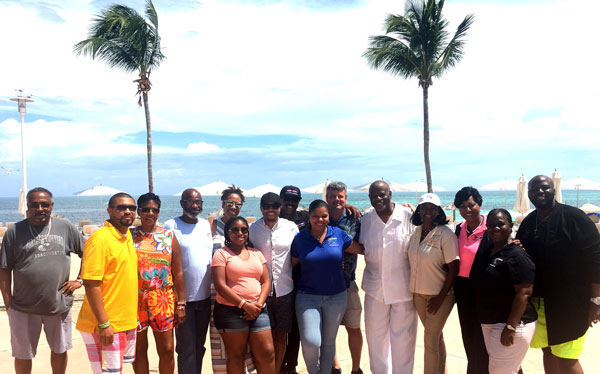 FORT LAUDERDALE, FL –August 11, 2019 – The Islands Of The Bahamas recently partnered with the Wiggins Agency in South Florida to host a live remote broadcast from Freeport, Grand Bahama with S Florida’s Hot 105 FM’S on air personality, James T. Also partnering in the promotion was Bahamasair, the national flag carrier of The Bahamas, who recently increased its air loads to Grand Bahama including jet service from Fort Lauderdale and Miami.

The broadcast back to S. Florida radio listeners, took place Saturday from the Pavilion of Freeport’s Grand Lucayan Resort Lighthouse Point.  The lineup of on-air guests included a cross section of Grand Bahama Island tourism stakeholders who shared with listeners in Florida about all of the excitement and adventure a visit to Grand Bahama offers.

The promotion included a Come-Along component and weeks before the event, South Florida listeners to the James T show were invited to call in for a chance to win a trip as well as to get information to travel along with the team to Grand Bahama to enjoy the Island and the special cultural event – Bahamas Junkanoo Summer Festival.

Two lucky winners and their guest traveled to Freeport with the live remote team.  The winners’ prize was inclusive of round-trip air for two, hotel accommodations (with meal plan), VIP ground transfers and a Dolphin Encounter. 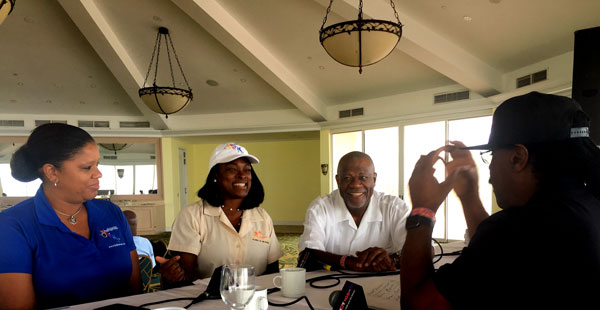 Sanique Culmer, GB Bahamas Tourist Office and Carmel Churchill of G B Tourism Board chatting with Hot 105's James T.  Looking on at right, Don Wiggins of the Wiggins Agency

“When Don Wiggins, a long-time friend of The Bahamas, approached us with the opportunity to partner on this exciting promotion, we immediately recognized the value of the exposure that the participating radio station, Hot 105 would bring to a destination like Freeport, Grand Bahama,” said Betty Bethel, Director of Sales, Bahamas Tourist Office (BTO) Florida.

“We knew that it would allow us to showcase the beauty and summertime excitement of Freeport, Grand Bahama to the huge South Florida radio listening audience and social media followers.  It would Also provide an opportunity for Floridians to experience the Annual Bahamas Junkanoo Summer Festival, which is an unforgettable, one-of-a-kind, cultural explosion, that is taking place on the island - this year for three weeks only - the last JSF event takes place August 17th - so there is still an opportunity to travel to Freeport via air or sea for the final summer rush,” Bethel said.

Known as one of the top on-air personalities in the U.S., James T, has a longstanding relationship with The Bahamas having formerly managed concert and night club promotions on the Island.  During the live remote the radio personality shared about some of his Bahamas experiences as he interviewed guests and invited Floridians to take advantage of the close proximity of The Island and the ease of getting there by air, fast ferry or cruise.

Guests on the broadcast included the on-Island host of the event, The Bahamas Ministry of Tourism Grand Bahama, represented by Sanique  Culmer. Also extending greetings and a warm welcome was Carmel Churchill, of the Grand Bahama Island Tourism Board. Woodrow Wilson and Debbie Butterfield represented Bahamasair. 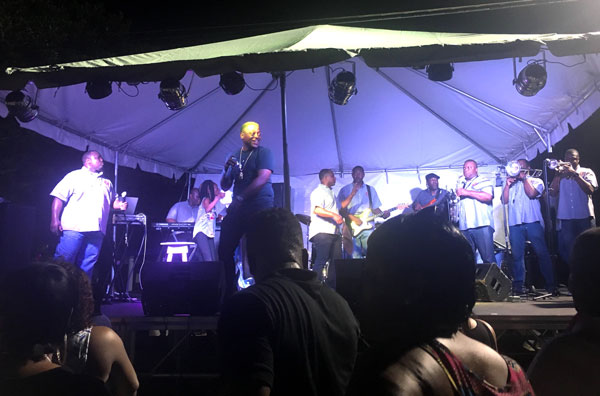 The live broadcast to South Florida between 10 am and 2 pm on Saturday, was also streamed live across the U.S. and promoted via the social media channels of Hot 105 Radio and the Wiggins Agency whose team included a cadre of social media and digital specialists.

To ensure that the group was immediately immersed in the flavor of the island, the team arrived on Grand Bahama a day before the event and was immediately whisked to Sands Brewery to learn about its products, followed by a Bahamian lunch at Pier One Restaurant at the Freeport Harbour and then a tour of UNEXSO’s Dolphin Sanctuary. 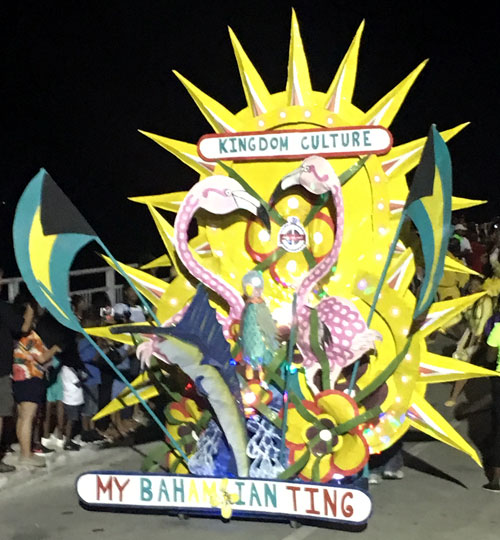 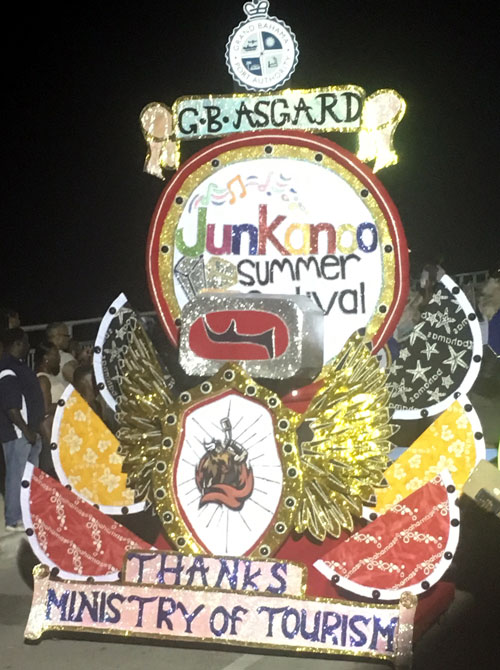 The group were accompanied to Grand Bahama by Adrian Kemp and Jeannie Gibson of The Bahamas Tourist Office, Florida,  sales and communications departments respectively. On Island in Grand Bahama, the group were hosted by The Bahamas Ministry of Tourism’s Anya Hanna, Wendell Saunders and Sanique Culmer.

For more information on The Bahamas including Freeport, Grand Bahama and its festivals visit www.bahamas.com.
Posted by Anthony Derek Catalano at 9:07 AM