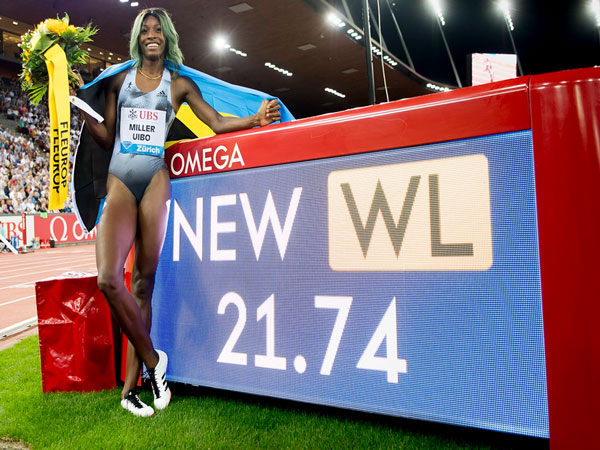 Shaunae Miller-Uibo has entered a new stratosphere in world sprinting!

In what was her last 200 meters (m) race for the season, she went out in style, setting a new national record, new Diamond League record and world leading time. The Bahamian track sensation ran 21.74 seconds to win her third straight Diamond League title, and fourth in total, at the first of two Diamond League Finals, in Zürich, Switzerland, today.

Dina Asher-Smith, of Great Britain, was a distant second in a season’s best time of 22.08 seconds, and double sprint Olympic Champion Elaine Thompson, of Jamaica, was even further back in a modest 22.44 seconds.  Read more >>
Posted by Derek Catalano at 5:09 AM