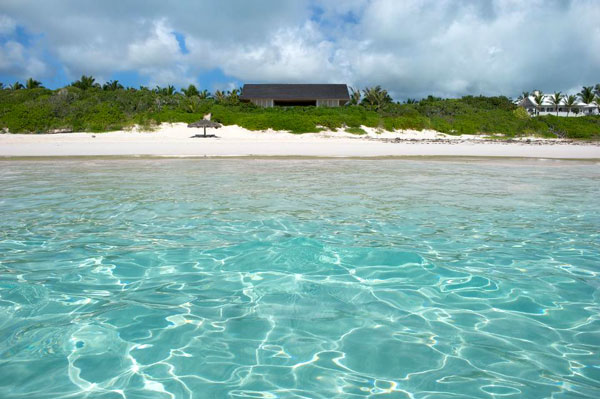 Miami-based architect Chad Oppenheim’s postcard-perfect, 5,000-sqft beach bungalow on pink-sand paradise Harbour Island in the Bahamas blends seamlessly into its surroundings and features breathtaking views of the Atlantic edge of the Great Bahamas bank. Intended to reconnect its occupants with nature, the two-story, five-bedroom and five-bathroom waterfront private residence was built in such a way so as to erase the boundaries between inside and outside to bring about a greater awareness of the elements.

Taking two years to complete, it serves as a second home for Oppenheim, his wife and their children, who come to visit every month and who share the bungalow with one other family. Focusing on simplicity rather than complexity to enhance the immersion into the natural environment and become a place for rejuvenation, meditation and inspiration, the house is about a less intrusive, primitive form of architecture that uses ecologically-conscious materials and methodologies.  Read more >>
Posted by Anthony Derek Catalano at 5:46 AM