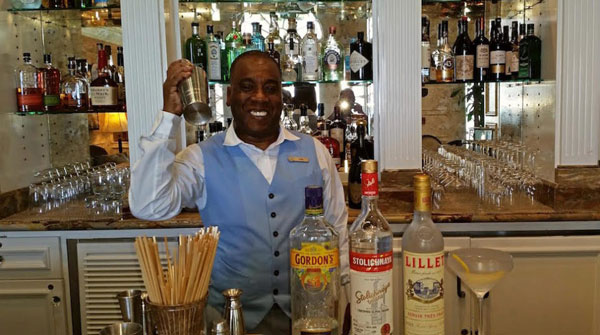 Sean Connery, Roger Moore, Pierce Brosnan and Daniel Craig had one thing in common when starring in the legendary James Bond movie series.

They all preferred their martinis shaken, not stirred.

The lobby bar at The Ocean Club, a Four Seasons Resort located on Paradise Island in the Bahamas, served one of the signature movie locales for the 2006 remake of Casino Royale, Daniel Craig’s first film in the role of 007. (Another Nassau watering hole, now the home of The Bahamas’ John Watling’s Rum, was also the location of a major scene in the film.)

Long-time Ocean Club bartender Keith Cash watched from the wings while Daniel Craig’s martini scene was shot at the six-seat bar in which Cash has worked since 1987.  Read more >>
Posted by Anthony Derek Catalano at 5:59 AM