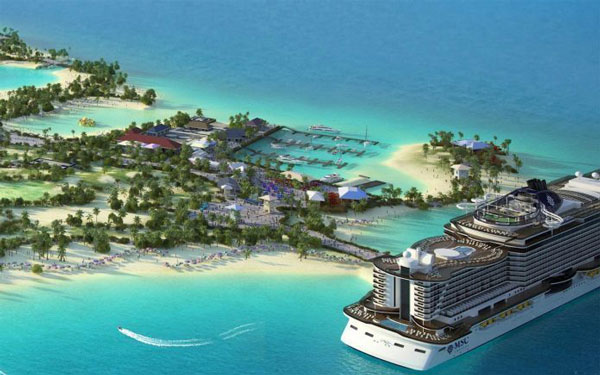 The government affirmed its commitment to MSC cruises yesterday as it recognizes the cruise company’s multi-million-dollar development at Ocean Cay as a marine protected area once the private island officially opens in just over three months.

The resort opening is pegged for November 9, according to MSC developers.

The man-made island was a former industrial sand extraction site.

The international cruise company has not only transformed the 95-acre island into a destination that is expected to welcome over 500,000 visitors in its first year, but has also received government’s stamp of approval for the island to become a marine reserve protected area.