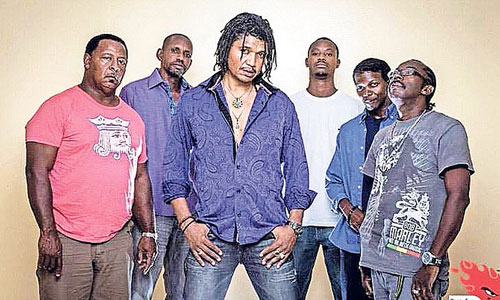 Plati Dread and his band, Naykid I.

A trend is growing in Nassau. More and more people are becoming interested in alternatives to traditional ways of living. They are engaging in healthier lifestyles, trying out new diets like the Keto craze currently underway; buying herbal remedies and vegan or gluten-free food products; taking an exercise regimen seriously; exploring acupuncture, massage and other forms of healing. They are even considering other forms of religion and spirituality.

What may have seemed weird or even crazy in the general society as little as ten years ago, are now becoming accepted forms of behaviour.

Long before these trends were catching on, Dr Tyrone “Butch” Bartlett was always unconventional. Yes, he’s a general practitioner, but he’s spent decades on a path of enlightenment and he doesn’t hesitate to share his knowledge if you ask. If you visited his office back then, you would have found him in his white coat wearing crystals around his neck and a crown of dreadlocks during a time when they weren’t as popular as they are today.  Read more >>
Posted by Anthony Derek Catalano at 5:36 AM