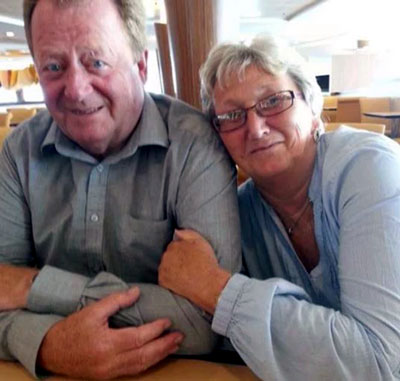 Roger Clarke, 72, and wife Sue, 71, were arrested when their UK-bound cruise ship docked in Lisbon from the Bahamas in December last year.

The charges come as prosecutors admit they have been unable to identify the drug lords who “recruited” the couple.

A nine-page indictment made public today read: “Despite all the inquiries carried out to try to identify the people believed to have recruited them to transport the cocaine, it has not been possible to discover these individuals’ full identities or determine their whereabouts."

Outlining the decision to charge them with drugs trafficking, prosecutors added: "The suspects acted together with the specific purpose of receiving and carrying with them the cocaine and the objective of handing it over to a third party in exchange for money.  Read more >>
Posted by Anthony Derek Catalano at 6:51 AM