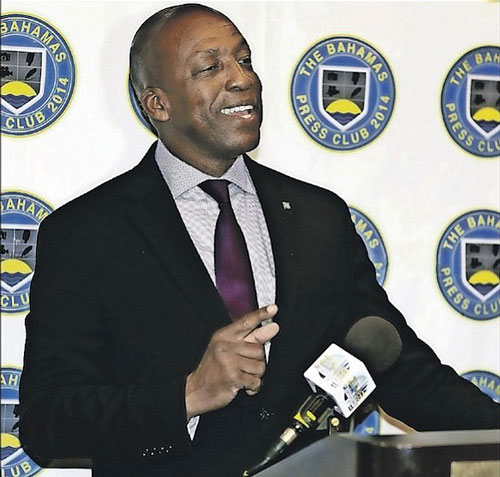 The Bahamas cannot rely on the Central Bank’s “low risk” finding alone to persuade international regulators it should lower an onerous compliance burden, an ex-attorney general is arguing.

Alfred Sears QC, who held the post from 2002-2007, told Tribune Business that the regulator’s research showing that the domestic economy poses “negligible” financial crime risks confirmed that The Bahamas had “over-reacted” to every single global initiative to target it since 2000.

The former Caribbean Financial Action Task Force (CFATF) chairman, though, said that while the Central Bank’s study made a compelling case for the relaxation of Know Your Customer (KYC) and due diligence rules that have “impaired the competitiveness of The Bahamas” it was unlikely to be accepted as such by the bodies scrutinising this nation.  Read more >>
Posted by Anthony Derek Catalano at 6:24 AM