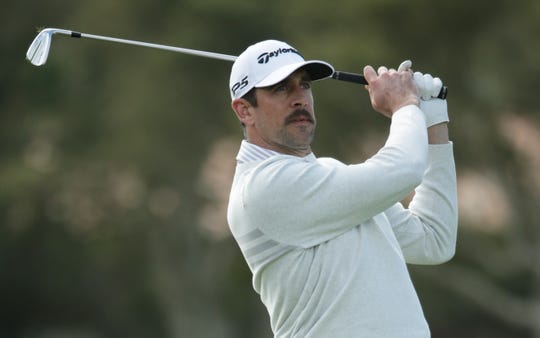 Two Green Bay Packers quarterback greats golfing together in the Bahamas? Of course, that's going to show up on Instagram, along with grandsons and girlfriends.

Aaron Rodgers and Brett Favre each shared photos from this weekend's Baha Mar Showdown at Royal Blue Golf Club in Nassau, Bahamas. It's the second year for the celebrity golf tournament hosted by Rodgers and Chris Paul, in which eight NBA stars compete against eight NFL stars in match play.  Read more >>
Posted by Derek Catalano at 4:51 AM