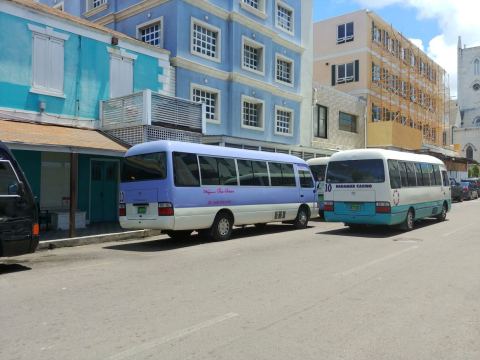 Some bus drivers say they are not convinced that program will work.

NASSAU, BAHAMAS – A pilot programme to test the idea of a unified bussing system in New Providence will be rolled out next week, according to Minister of Transport and Local Government Renward Wells.

Wells made the announcement while giving his contribution to the 2019/2020 Budget Debate in the Lower Chamber yesterday.

A unified bussing system is a project which successive governments have tried their hands at introducing, but Wells said the new Route 17, which will operate seven days a week between the hours of  6:00 a.m. and 8:00 p.m., will commence within the next 7 days.  Read more >>
Posted by Derek Catalano at 5:12 AM