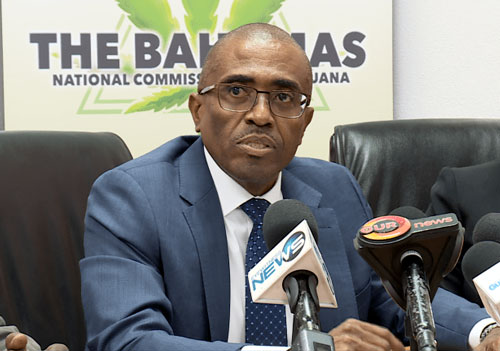 NASSAU, BAHAMAS – Days after the Rastafarian community held a private meeting with national security minister Marvin Dames and threatened to sue the government because they cannot utilize cannabis for religious purposes; the government-appointed national commission on marijuana asserted yesterday that it is the only government-recognized body to address the national debate on marijuana.

According to Quinn McCartney, marijuana commission chairperson, the body – which is comprised of 23 professionals from varying sectors of society – continues to gather public feedback for government to decide which direction the country will take on the controversial issue.  Read more >>
Posted by Derek Catalano at 6:05 AM