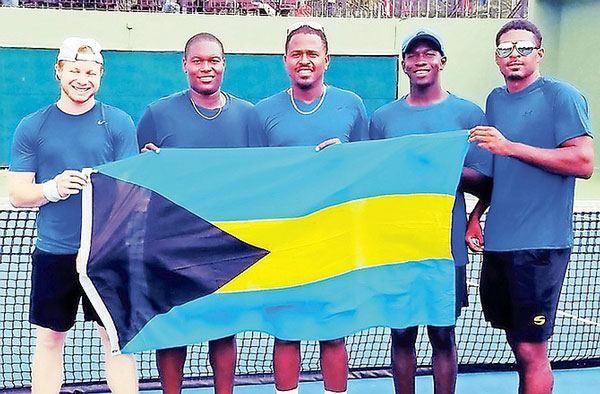 THE Bahamas will remain in zone III of the Americas Davis Cup tie for another year after the team of Philip Major Jr, Baker Newman, Justin Lunn and Donte Armbrister had to settle for a sixth-place finish at the Costa Rica Country Club in Escazu, San Jose, Costa Rica.

In their bid to get promoted to zone II over the weekend, captain Marvin Rolle watched as the Bahamas ended up in third place in Pool A after losing 3-0 to Puerto Rico on Friday in the final game of their round robin play.

Matched against Honduras, the third place finishers out of Pool B, the Bahamas only played the two singles, losing both in their classification playoff matchup on Saturday.

The loss dropped the Bahamas to sixth place.  Read more >>
Posted by Anthony Derek Catalano at 6:46 AM