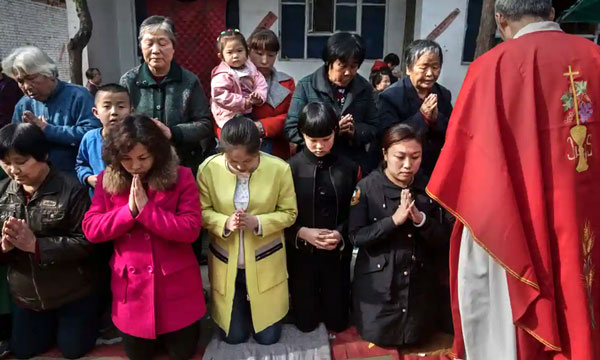 The head of China’s state-sanctioned Protestant church has claimed that western forces are trying to use Christianity to influence society and “subvert” the government, saying that Chinese Christians needed to follow a Chinese model of the religion.

China’s constitution guarantees religious freedom, but since President Xi Jinping took office six years ago, the government has tightened restrictions on religions seen as a challenge to the authority of the ruling Communist party.  Read more >>
Posted by Anthony Derek Catalano at 5:40 AM