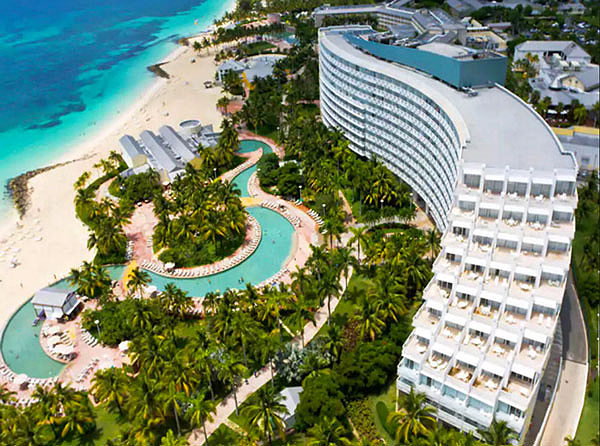 Royal Caribbean and its partners are finalizing a plan and proposal for Grand Bahama that will include the redevelopment of the Grand Lucayan resort complex and the island’s cruise port, the company’s chief executive officer, Michael Bayley, said on Friday.

Bayley said Royal Caribbean has entered into a 90-day discussion period with the government, during which it will present its final proposal for Grand Bahama. Bayley said the proposal will include numerous experiential elements, which he conceded Grand Bahama is missing.

He added that while Royal Caribbean will be new to the business of hotel operations, its Mexican partner, ITM Group, has been down this road before.  Read more >>
Posted by Anthony Derek Catalano at 6:36 AM