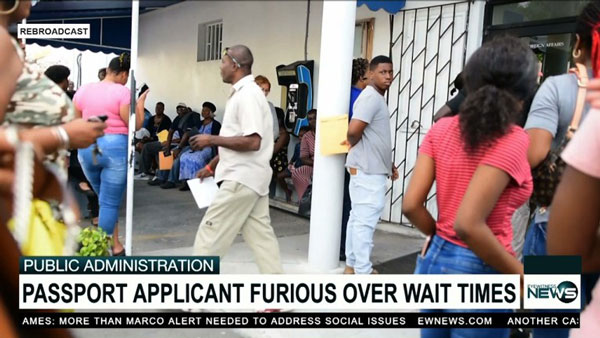 NASSAU, BAHAMAS – Police officers were summoned to the Passport Office on John F. Kennedy Drive on Tuesday, in an effort to quell the chaos that had erupted after scores of applicants flooded the property – some as early as 4:00 a.m. – with the hope of getting their documents processed in a timely manner.

Irate applicants expressed yesterday that while it is not unusual for the passport office to come under heavy criticism during the peak period, it appears as if wait times are getting longer.  Read more >>
Posted by Anthony Derek Catalano at 5:22 AM