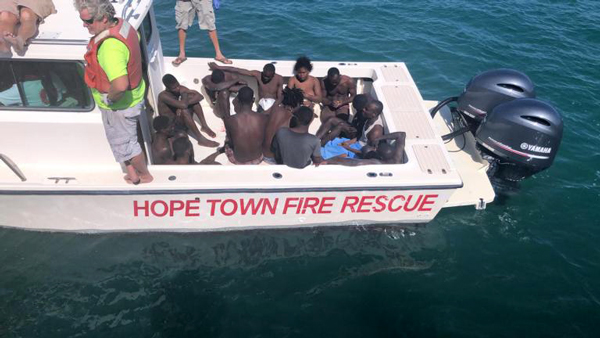 NASSAU, BAHAMAS – The Royal Bahamas Defence Force (RBDF) will resume dive operations today, after a total of 28 bodies were recovered from waters over the weekend after a Haitian vessel capsized off the coast of mainland Abaco on Saturday.

A total of 17 Haitian migrants were also rescued alive on Fowl Cay and Man-O-War Cay, according to a statement released Sunday by the RBDF.

The boating tragedy is believed to have occurred sometime before dawn on Saturday when the Haitian vessel sank after hitting a reef, the RBDF said, adding that the sunken vessel was later spotted by a US Coast Guard helicopter.  Read more >>
Posted by Anthony Derek Catalano at 11:12 AM