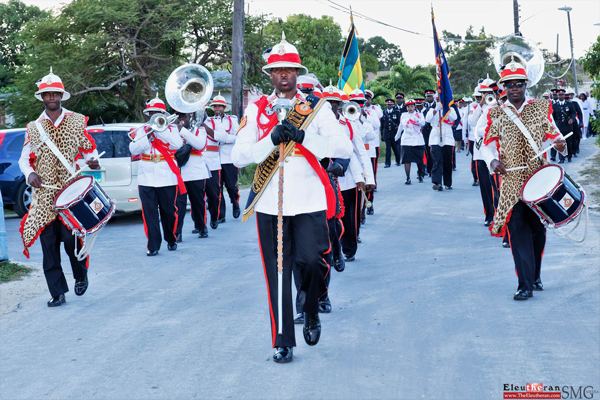 RBPF along with other uniformed agencies paraded through the township of Palmetto Point following their 2019 Annual church service.

(Palmetto Point, Eleuthera, The Bahamas)   The Eleuthera Division of the Royal Bahamas Police Force (RBPF), held their annual church service on Sunday, January 27th, 2019.  The event this year was hosted at the Wesley Methodist Church in Palmetto Point, Central Eleuthera, moderated by Pastor Orlando Thompson.  All uniformed agencies on island were in attendance, including the Police, Customs, Immigration, Road Traffic, Airport Authority, Medical Personnel, as well as other public servants and as a special treat to everyone who came out, the Royal Bahamas Police Force band was also on the program – to the delight of the audience.  Read more >>
Posted by Anthony Derek Catalano at 11:28 AM