This slave-built staircase in a lush tropical grotto was named to honor Queen Victoria's role in ending slavery in the British Empire. 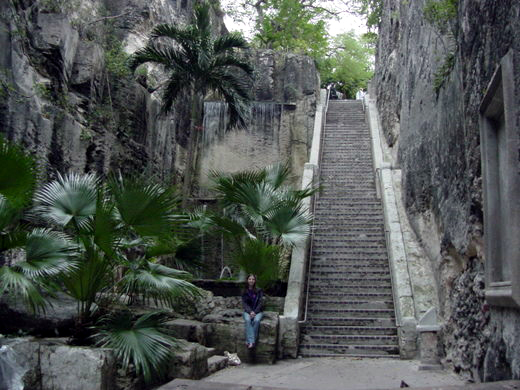 Hand-carved from solid limestone rock by 600 enslaved people, the Queen’s Staircase was built between 1793 and 1794 to provide a direct route from Fort Fincastle, a battery protecting the entrance to Nassau Harbor (notorious in that era for attracting pirates and geopolitical intrigue) to the central part of the Bahamian capital.  Read more >>
Posted by Anthony Derek Catalano at 9:31 AM