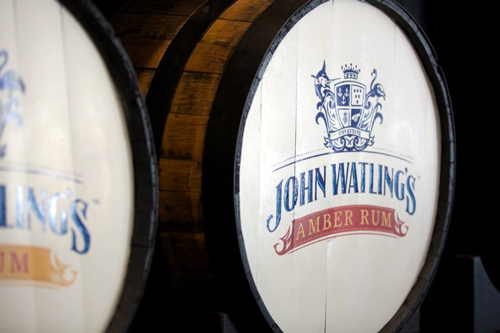 NASSAU, BAHAMAS – John Watling’s Distillery, a Bahamian company, located at the 1789 Buena Vista Estate in Historic Downtown Nassau and named for a 17th Century buccaneer, recently announced that on January 2, 2019, it began exporting its namesake rum to the United States of America and are now available for purchase at www.johnwatlings.com.

JOHN WATLING’S rums are named after John Watling, the English buccaneer who in the 1670s landed on San Salvador, Bahamas and named it after himself. In San Salvador, formerly known as Guanahani and later Watling Island, it is rumored that Watling’s treasure remains undisturbed at Fortune Hill. Watling’s men once wrote “…and t’was Gold the bait that tempted a Pack of merry Boys of us…” After close to 350 years, liquid gold now tempts those who enjoy the aged rums of JOHN WATLING’S.  Read more >>
Posted by Derek Catalano at 6:42 AM