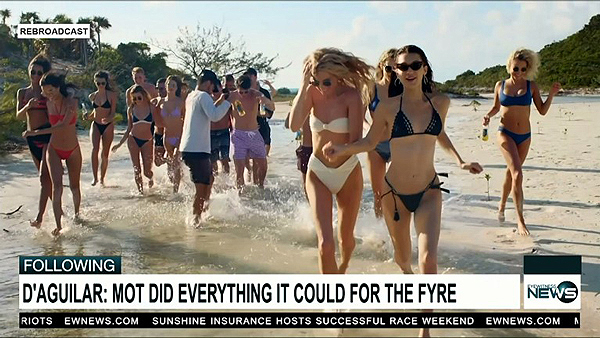 NASSAU, BAHAMAS –  On the heels of the release of two separate documentaries that placed international attention on The Bahamas,  Minister of Tourism Dionisio D’Aguilar said while the Ministry of Tourism was not complicit in the failed festival, it did affect the country’s reputation.

“It certainly caused the country some reputational damage, and so moving forward, we really have to be mindful of that and don’t accept everybody willingly through the door they came in.

“Maybe the previous minister, probably in his exuberance to make the deal, went all in and in hindsight that was a mistake,” said D’Aguilar before heading to Tuesday’s Cabinet meeting.

A documentary on the failed Fyre Festival initially aired on Hulu and later on Netflix.

The festival was expected to take place in April 2017 on Great Exuma, but as planning flopped, the festival never happened.  Read more >>
Posted by Derek Catalano at 8:44 AM