Bahamas to work with TCI on illegal migration 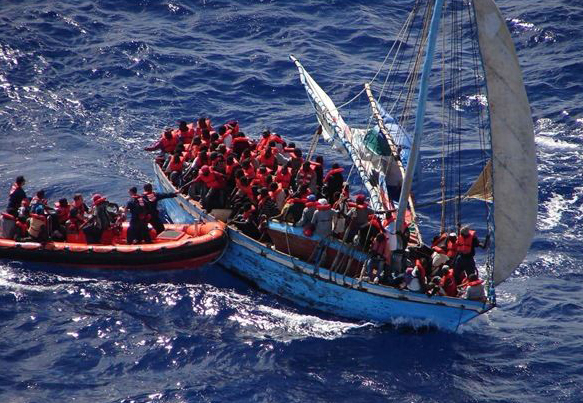 A SEVEN person delegation from the Bahamas will be meeting with TCI Government officials over the next few days to iron out ways in which the two countries can work together to combat similar troubling issues.

They met with Premier Sharlene Cartwright Robinson and Deputy Premier and Border Control Minister Hon. Sean Astwood immediately upon their arrival at Providenciales International Airport and will engage with Government officials until Monday (January 28).

The purpose of their visit is to discuss how the Bahamas and the TCI can work together to combat issues of border security and illegal migration.  Read more >>
Posted by Derek Catalano at 6:06 AM