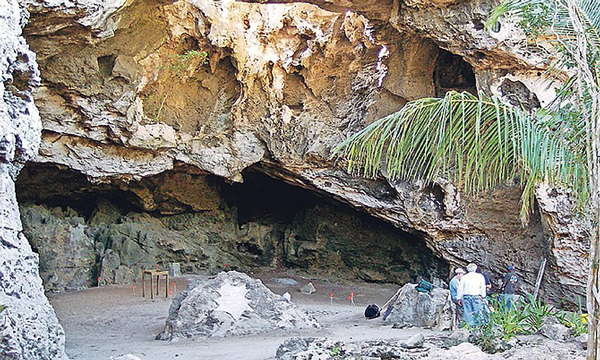 AN international team of scientists, led by Dr Hannes Schroeder and Professor Eske Willerslev from the University of Copenhagen, successfully reconstructed the full genome of a Lucayan-Taino individual from a thousand-year-old tooth discovered at Preacher’s Cave on Eleuthera.

Previous attempts to extract DNA from other samples from archaeological sites across the Caribbean had limited success because of the poor preservation conditions common throughout the tropics, a press released from researchers noted.

The findings are published in the journal Proceedings of the National Academy of Sciences. The results indicate that the Lucayan-Taino ancestry can be traced to northern South America. The researchers also found evidence that the Taino, the first indigenous Americans to feel the full impact of European colonisation after Columbus arrived in the New World, still have living descendants in the Caribbean today.  Read more >>
Posted by Derek Catalano at 3:42 AM