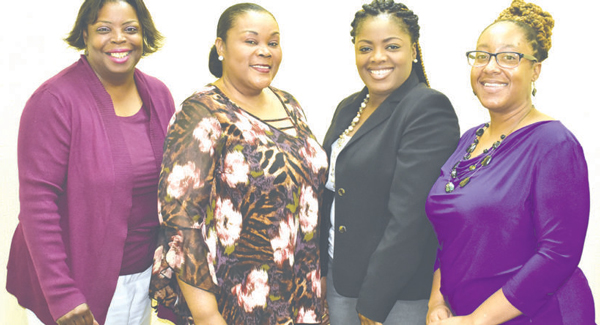 Known for its mentoring and leadership programme, Vessels of Purpose Elite (V.O.P.E) is set to host its Third Thankful Tea Party on Saturday, November 24 on Government Park, High Rock. Starting at 3:00 p.m., the members of the organization will be honoring two women who have assisted with delivering the organization’s message throughout the country.

Birthed five years ago, Founder and Executive Director of VOPE Brennamae Rolle-Cooper revealed that the honorees, Rev. Pamela Laing and Dorothy Cooper, have been with the organization since its inception. “

“Minister Pamela and Dorothy have not only shown their tangible support, but displayed verbal support as well,” said Rolle-Cooper.

Describing their contributions as helpful and inspiring, Rolle-Cooper said that rewarding the women for their efforts is definitely due.  Read more >>
Posted by Anthony Derek Catalano at 4:43 PM