For Sale: The Lost Island Kingdom of a 1920s Bad Girl 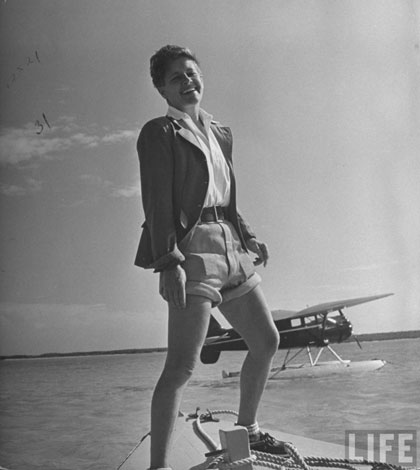 By The MNC Editorial Team

“I ran a country”, boasted the tattooed, cigar-smoking, openly gay It-girl of the 1920s, whose life reads like an unwritten book by F. Scott Fitzgerald. She built her own private island kingdom, was hailed the “fastest woman on water” as a champion motorboat racer and had her suits made on Saville Row. But Marion Barbara ‘Joe‘ Carstairs said herself, she didn’t admire anything, or anyone. Even her most famous lover, Marlene Dietrich, outstayed her welcome with Carstairs on the paradise Bahamian island she ruled as her own fantasy state. And it just so happens that the entire island, once occupied by an oil heiress living on the fringes of society, is currently up for sale…Read more >>
Posted by Derek Catalano at 6:45 AM