Caribbean Crooner Jonathan Farrington in Finals At The Apollo 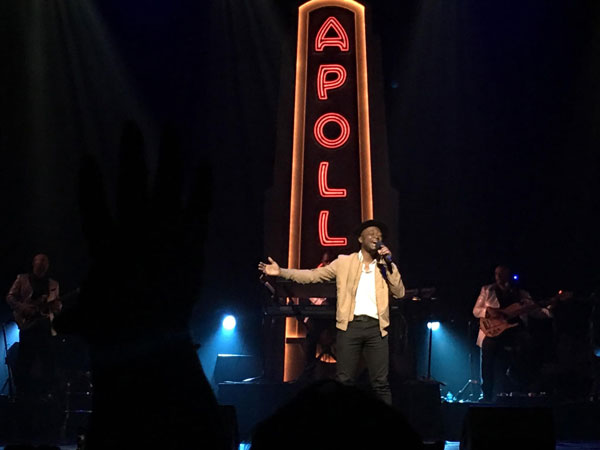 Manhattan, New York… Jonathan Farrington’s childhood dream of singing at the Apollo in New York was recently fulfilled as he wowed the crowd and advanced to the finals with his rendition of John Legend’s ‘So High’.

Farrington, who has soared to the top of the charts in his native Bahamas as a gospel singer, is now based in New York where he is pursuing a career as a recording artist. This year, he joined a Dreamgirls revue as the character CeCe, brother to Effie White and the creator of the fictitious girl group.

“I rubbed the log for luck and it worked,” Farrington said of his performance. “Growing up in the Caribbean, you can only dream of one day seeing the Apollo. But to hear ‘It’s showtime at the Apollo!’ and to stand on that stage where so many of the legends stood, it’s humbling but at the same time reminds you that this is not the place to come to play and to deliver your all. That’s just what I did.”

Farrington credits his experience as the runner-up on Season 4 of ‘The Shot’ in Canada as helping him prepare to take on the Apollo.

“People recognize me most from my time there,” he said. “That was my first time competing in something that was seen on a national level with such a following. It was truly an amazing experience and to go from that so this is something I would never have thought I would see. I’ve been thinking of the Apollo since I was in preschool so yes, this is absolutely amazing.” 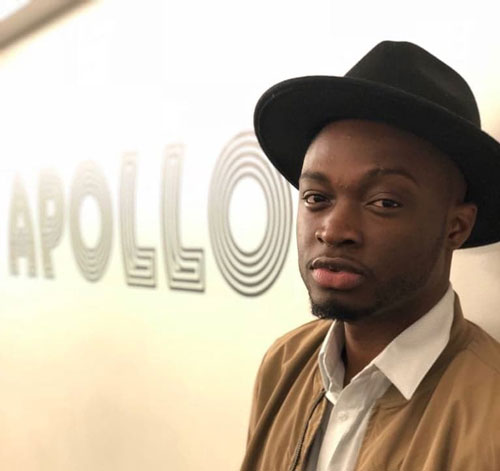 Jonathan Farrington’s rendition of John Legend’s ‘So High’ earned him a spot to advance at the Apollo theater.

For now, Farrington is focused on mastering his talents while enrolled in the American Academy of Dramatic Arts in Manhattan. He is also completing his studies at the New York Vocal Coaching Academy.

He has not yet revealed what song he plans to sing in the finals but said that at the end of the day, he is just honored to show the world that The Bahamas is big on talent, not just sun, sand and sea.
Posted by Derek Catalano at 9:40 AM