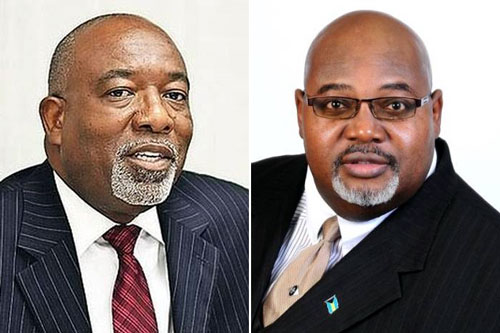 NASSAU, Bahamas — In a developing story first reported by Tribune Media, a US Federal Bureau of Investigation (FBI) sting operation has implicated the director of immigration in The Bahamas, William Pratt, and his immediate predecessor, Clarence Russell, in accepting bribes to provide Bahamian work permits and work visas to facilitate a smoother entry of Haitian nationals into the United States by making their US visa applications more likely to be approved.  Read more >>
Posted by Anthony Derek Catalano at 5:59 AM