Small Island Sustainability Complex Opens at The University of The Bahamas 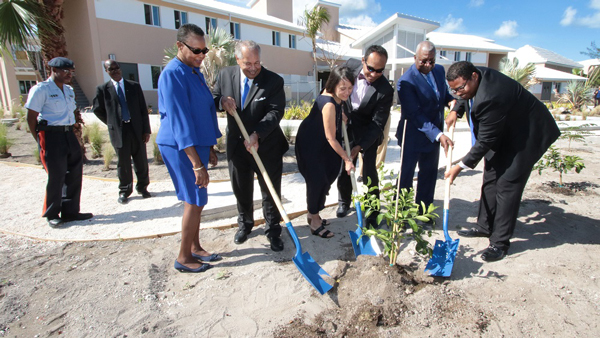 The G. T. R. Campbell Small Island Sustainability Research Complex was officially opened during an opening at The University of The Bahamas (UB), Thursday, 25th October.

The complex is the result of a gift from the Freedom Foundation, led by Lowell Mortimer. It was built to honour the memory of Mr. George T. R. Campbell, a Scottish Naval Architect. During the 1960s, Campbell began visiting The Bahamas and in 1973 he formed a management company (Campbell Shipping) in Nassau. He died in Tokyo, Japan in 1993.

Delivering remarks on behalf of the Prime Minister was the Minister of Environment and Housing, Hon. Romauld Ferreira, who said that with the rapid development of science and technology, the world is facing complex problems like never before.  Read more >>
Posted by Anthony Derek Catalano at 5:57 AM