No more incentives for cruise ships

D’Aguilar: We were paying for people who didn’t come off the boat 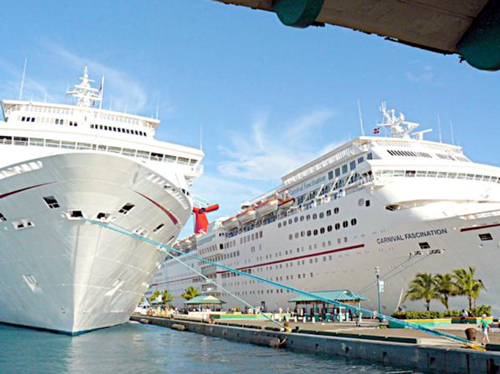 According to Minister of Tourism Dionisio D’Aguilar, if a decision is made to provide incentives to cruise ships, it would be more of a rebate to cruise companies that is dependent on how many passengers disembark their ships.

The government will no longer incentivize cruise ship companies to dock in The Bahamas, Minister of Tourism Dionisio D’Aguilar revealed yesterday.

“In the past we used to provide incentives for cruise passengers to come here; but to be quite honest with you, we were paying for a lot of people who didn’t come off the boat. So we scrapped all those incentives, we don’t have any incentives anymore; we’re not paying any cruise line to bring any passengers here,” he told reporters outside the Churchill Building yesterday.

D’Aguilar complained that the government was paying out $12 million a year to provide incentives for cruise ships to bring passengers to The Bahamas, but passengers were not coming off the ships and spending money.  Read more >>
Posted by Derek Catalano at 5:43 AM