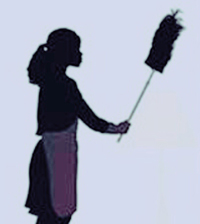 Many contentious arguments have been made over the years, that the Bahamas seemingly traded one plantation type existence for another, when it made a tourism model, its primary economic model for the entire country. Debates over this have only increased, as more and more mega style resort complexes rise up across Nassau’s landscape, while social and economic problems, among islanders, seemingly climb.

Service was chosen more than four generations ago, when past colonial governors and governments saw that the negro population was growing exponentially, without any real employment prospects to look forward to.

As the sponging industry declined, and farm labour employment ended in America for Bahamians in the early 1900s, mass unemployment and poverty rose. When Bahamian labourers returned home to an already economically depressed country, the answer seemed to be domestic service on an extensive scale.  Read more >>
Posted by Anthony Derek Catalano at 7:26 AM