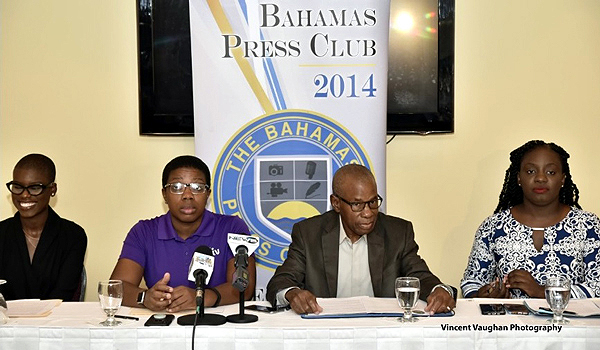 During a press conference on October 13th at the British Colonial Hilton, the Bahamas Press Club 2014 announced it would honour persons who have made contributions to the journalism and media profession in the country, during its annual media awards ceremony.

Now in its fourth year, under the theme of: “Celebrating 75 years of Bahamian Media: 1973-2018”, the ceremony is scheduled to take place on Saturday, November 10th at the British Colonial Hilton. Doors will open to a stunning black tie event, as the finest in Bahamian media grace the Governor’s Ballroom to receive accolades for their hard work.

President of The Bahamas Press Club 2014, Anthony Capron, said this year the club has designed a commemorative pin that will reflect the years 1973-2018. This pin will be awarded to 10 selected persons who were employed in the media at the time of Bahamian independence on July 10, 1973.  Read more >>
Posted by Anthony Derek Catalano at 12:48 PM